A family’s story, a story of passion and vision of the future

Luigi Colzani, 26, left his job as a carpenter to start repairing bicycles in his backyard (Corso del Popolo 43) and selling spare parts in his stall at the Seregno market.

After overcoming the difficulties of the First World War, business is flourishing, thanks to his business acumen: together with his son Alessandro, only 14 years old, Luigi opens a shop and also starts selling bicycles, becoming a dealer of prestigious brands such as Bianchi and Bottecchia.

In the 1940s the business developed: thanks to the help of the entire family, two more shops opened in Seregno and thus began the production of bicycles of their own brand, the “Frisa”, which was Alessandro’s nickname. These are the difficult years of the war, but also those of the reconstruction: Italy is in dire straits, but there is also a great desire to start again. Luigi understands this and chooses to believe in people: he collaborates with local companies, establishing business relationships with them.

Luigi and his family sense that, in that increasingly hectic world, cycling is no longer a sufficient means of transport. So they launch themselves into the new motor market and begin the sale of the first Bianchi and Motom mopeds, with their spare parts.

The business is so successful that the store changes its sign to reflect these new products, and becomes “Colzani Motoricambi, Cicli e Ciclomotori”.

Unfortunately, Luigi, the company’s founder, passed away. His son Alessandro takes the helm, which continues on the road to innovation: seizing the opportunities of the nascent mass car market, the company further diversifies and enters the automotive spare parts sector with specialised personnel and the purchase of land on the outskirts of Seregno. Where there were only meadows and cultivated fields, Alessandro envisions a completely new store, advanced even for the canons of the time.

After days and nights of hard work, the new store finally opens: with more than 20 storefronts, it is considered the largest and most innovative in Italy, with a display of bicycles and motorcycles, as well as all kinds of spare parts for cars. These are the years of the “Italian miracle” and the widespread purchasing of the simple family car: the automotive spare parts segment soon becomes the most important category among Colzani’s sales.

The company continues to grow with 30 employees, new stores and new partnerships with major brands such as Negrini and Garelli.

The 1970s represent a moment of great revolution, which will change the shopping habits of Italians forever: in fact, the first supermarkets have made their debut. The Colzani company, sensing this, equips itself with new machinery for product packaging and, with the supplies by Brico Center of Cinisello and Eurocash of Varedo, it sets out on another successful project.

In the 1980s the development continued: other outlets opened in Cesano Maderno and Besana Brianza, consolidating the business with investments in new buildings intended to accommodate various commercial activities.

Meanwhile, a new focus on people’s well-being and physical activity takes hold: these trends and the need to diversify the company, lead the group to explore new fronts; the first Brico Sport store was established in Seregno, completely dedicated to clothing and equipment for sport.

The business continues to grow and from the availability of other commercial spaces created to make way for a new Brico Sport store in Cesano Maderno, the idea of further diversification in an industry with interesting growth prospects arises: the first Foster Footwear store, a large outlet with a vast assortment of shoes from the most prestigious brands.

The Colzani division dedicated to large-scale distribution has grown; it is no longer just about the mere distribution of products but develops its own brands dedicated to the Car, Motorcycle, Cycle and Sport sectors to combine large availability of goods with aggressive pricing. Thanks to these conditions, a new warehouse was purchased measuring 12,000 square metres with its annexed offices; the business transferred to Via Comina.

In the early 2000s the companies grew: other Foster and Brico Sport stores were opened and in the winning sign of the strategy of diversification, a new sector was being explored, that of catering, with the opening of the Caffetteria-Gelateria Velò, awarded with prestigious recognition within the most important Italian Guides.

The market is changing again and it becomes digital: the Colzani Group seizes the signal, launches the e-commerce portal SportIT and carries out a vast re-branding operation of all the Brico Sport stores. In addition, the store concept evolves into a highly specialised physical store, integrated at the IT and logistics level with the activities of the e-commerce site SportIT.

The business is expanding thanks to the opening of outlets in franchising.

Thanks to the experience gained in the sector of e-commerce, Get Me Digital is established, the group’s web agency that aims at helping other companies and e-commerce platforms in their digital evolution.

The mission of the Colzani Group is to offer products and services in line with the demands of the market and the needs of its customers, to satisfy their expectations and build a relationship of trust over time, so as to ensure profitable and long-lasting growth. All this is possible thanks to strong and shared values. 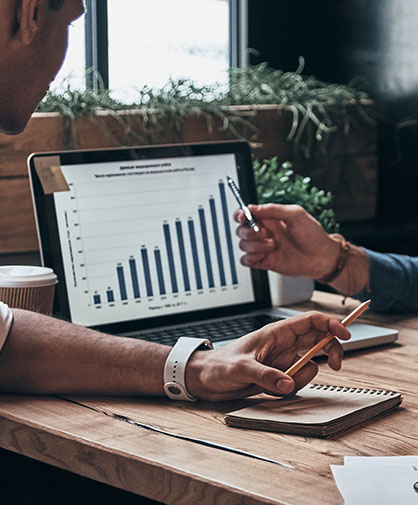 We believe that growth passes through the ability to differentiate and create synergies within the group and with its business partners, thanks to the readiness to seize opportunities and the ability to take calculated risks.

We never stop and are always looking for new products and services. Ready to seize the opportunities that arise and to anticipate the evolution of the market to get the most out of every situation.

Our solid professional reputation is based on a founding principle: to act with respect and fairness in all situations.

The Colzani Group markets, through its companies, a wide range of own-brand products and products from the most prestigious international brands. More than 140 people work in the Group and are committed to meeting the needs of customers and ready to anticipate the evolution of their reference markets.

Shareholders' Meeting, Board of Directors and Board of Auditors: the administration and control model is built around these corporate bodies.

The Colzani governance system is based on a multi-staff collegiate administration model, its bodies are:

Send us your unsolicited application